The original MKIF is no more – the name is currently (2014) being used by another organisation.

The Festival was set up as a limited company. The event lasted for a whole week and used several venues: a circus marquee next to The Point in Central Milton Keynes, Woughton Centre and the Festival Club. The visiting groups were accommodated dormitory-style at Woughton Centre.

Lack of funds and problems with accommodation lead to this being a small, two day event, with two concerts at Stantonbury Campus Theatre and dancing in Queens Court in the City Centre.

The overseas visitors were:

Another one week event using a marquee in Queens Court, the Festival Club and the Guildhall. Accommodation was in local hotels and at De Montfort University.

The MK Borough Council cut arts budgets and withdrew its £9,000 grant. No funding meant no Festival!

The Festival was re-constituted as a Charitable Company to aid in fund-raising.The event was a small event, with one concert at Stantonbury Campus Theatre and informal presentations at Willen Lake.

The single overseas visiting group was:

Back in form this year with a four day event based at Shenley Leisure Centre. Other venues were Stony Stratford High Street, Wolverton House, Stanier Square Bletchley, Queens Court in CMK, and Olney Floral Festival. Accommodation was with local families. The main events were attended by over 600 people.

Four days again, based at Shenley Leisure Centre with appearances in Stony Stratford High Street, Wolverton House, and Queens Court in CMK. A choral concert at the Church of Christ the Cornerstone was added to the events. Local families hosted the performers again. The total attendance at the main events was 1,260.

Four days again but based at Woughton Leisure Centre. Other venues were Stony Stratford High Street, Queens Court in CMK, Lovat Hall in Newport Pagnell and the Church of Christ the Cornerstone (a Civic Service). Families hosted our guests again, Total attendance at the main events was 820.

A four day event based at Stantonbury Campus Theatre with appearances in Newport Pagnell at Lovat Hall and in the High Street during the “Day of Dance”. Stantonbury students were entranced by concerts during school hours and other schools enjoyed dance workshop visits by the overseas groups. Koco Racin provided adult dance workshops at Stantonbury Campus Theatre. Visiting groups were again hosted by local families. Total attendance at the main events was over 600.

We decided to stop counting the Festivals! 2000 was our 10th year, but only the 8th Festival. This was too confusing for us, so from now on we’ll name the Festival after the year.

A four day event with appearances in Newport Pagnell at Lovat Hall (Friday night) and in the High Street during the Saturday “Day of Dance”. Stantonbury students enjoyed concerts on Monday morning during school hours and other schools enjoyed dance workshop visits by the overseas groups on Friday. There was one Gala Concert on Saturday evening, at Milton Keynes Theatre and a Sunday evening concert by “Imbizo” at Stantonbury Campus Theatre. The Sunday afternoon choral concert was cancelled due to low advance sales. Total attendance at the main events was about 600.

There was no Festival.

This was a small scale event consisting of two concerts and one school visit. All were very well received. Concert attendances were disappointing, but the Festival just covered its costs.

Drvar and Zhaivir went on to Llangollen where both were very successful. 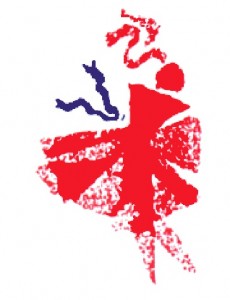 CANCELLED ONE WEEK BEFORE THE EVENT

Here is the text of email circulated by the Festival Director on Friday 20th June 2003:

This is a very sad day.

10 days ago, despite frantic efforts by us and by them, our Romanian group Pipacsok announced that their sponsor had backed out and the group deeply regretted they could not attend our festival. In their long history this is the first time ever that they have let down a festival by failing to attend.

Midday today, despite high level representations via our MP Brian White and our Foreign Office, we learnt that the British Embassy Visa department in Kiev had finally refused visas for over a third of our Ukraininan group Halychyna, thus making it impossoble for them to attend our festival. The group are shattered.  They regularly travel to many countries in Western Europe and are at a complete loss to understand why they have been refused British visas.

With two out of two of our foreign groups suddenly withdrawn from the festival our Board of Directors felt that there was no viable alternative but to cancel the festival completely.

So please be advised that none of the festival events will take place.

To all those who were due to dance, play, teach or assist as a volunteer, at our festival we thank for your support and deeply regret that your services will not be required.

To all who have bought tickets, we should have your details on file and we should be able to return your money in full within a few weeks.  If this has not happened by the end of July please contact me with details.

Regarding the future, the Board of Directors feel that this is the final straw in an up hill struggle to keep the festival going and consquently we hearby declare our intention of closing the Charity and the Company down with the next few months.