From Maurice Young via Carol Owen 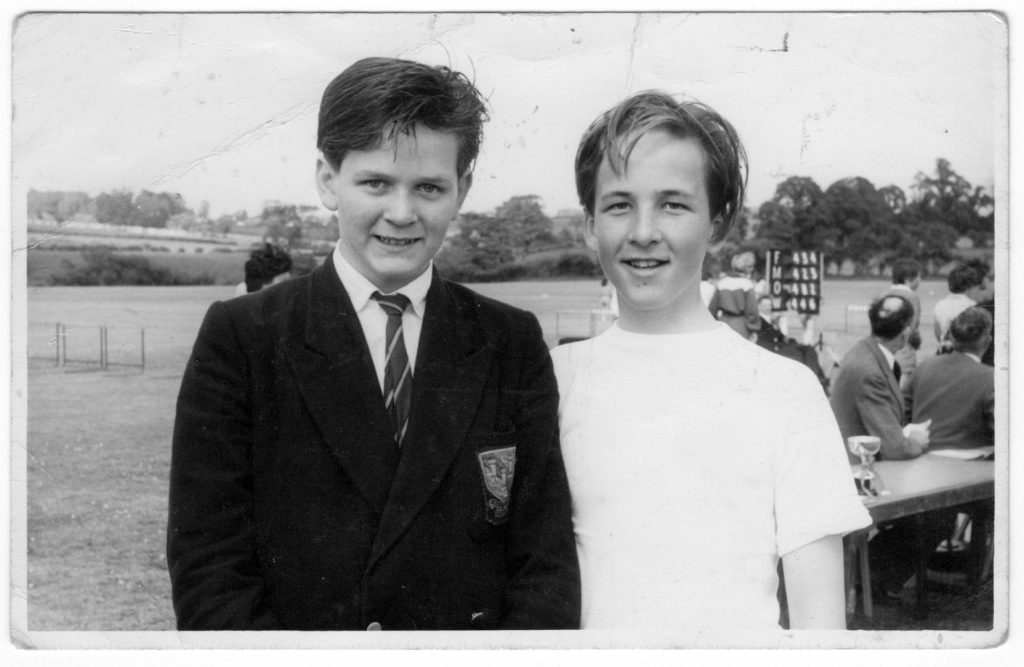 The photograph is from the County Press.
Joe Burdiss left during the third year, I think, and went to Australia or New Zealand.
Joe broke the shot-putt record, and I the javelin record, at our first Sports Day.
He lived up by Camp Hill Prison, where his father was a Prison Officer.
He was also the goal-keeper for our year’s second eleven football team.