Catch up with Albert Lonn 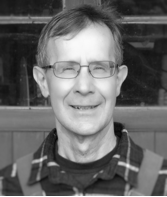 I enjoyed recognising so many of the happy people in the 1966 photo and look forward to the reunion.

What do I remember from School?

When I stood on the shore of Lake Michigan and realised I could not see land on the other side, I recalled the assertion of the geography teacher that you could sink the whole Isle of Wight into the Great Lakes.